FREE SHIPPING on all orders above AED 150

The story of this fragrance starts around Lake Como. A body of water that has always fascinated us because it is far deeper even than the sea where we live, yet surrounded by spectacular mountains. In fact, the lake is situated in a basin surrounded by forest-covered mountains, and has a most varied and perfumed landscape. Along its shores there are pastures, woods, rugged and imposing rocks, picturesque villages overlooking the water and beautiful villas with parks and gardens. The central part of the lake, where all three of its branches meet, is the mildest point but with the broadest landscape. We loved reaching this crossroads of water in the boat and seeing the best views over the promontory of Bellagio, on northern Grigna overlooking the Valsassina and, on clear days, the upper basin with the Alps in the background.

The most familiar and beloved place has always been the Lecco branch that has a more rugged and picturesque panorama, with the southern Grigna, of dolomitic origin, and the Corni di Canzo rocks that, going down to the lake, form picturesque bays and inlets. Our favourite retreat was the source of the Fiumelatte, described by Leonardo da Vinci.

It was already known as “Fiumelaccio” in the Codex Atlanticus by Leonardo da Vinci who was very intrigued by this phenomenon.

“It’s the Fiumelaccio, which falls high from more than 100 ells from the vein where it is born, straight down on the lake, with inestimable uproar and noise.”

Leonardo da Vinci This stream that intrigued Leonardo da Vinci, had bewitched us children because of its feature that is unique in the world: water flows in the stream intermittently from March 25 until October 7. The water comes from a mysterious cave full of scents that would be impossible to verbalise and it would be an understatement it attempted. A place where the alchemy of the perfumer came to life before anyone else where. The rock of the cave itself was perfumed. After the period when the stream flows intermittently, you can see its channel that seems to be a real lunar landscape shrouded in the cosmic oxen of a place where there is never natural light.

Venturing inside with a torch of fire was like walking on the moon, but even more exciting and vivid in my memory was leaving and finding myself in front of the mirror of calm water of the lake on which reflected the changing moon and the Ursa Major lying above the high mountains, the two immersed in an enveloping scent of earth and roots, refreshed by the smell of the water. From this emotion comes a severe, but at the same time reassuring, extract like the hand that sustains you along the arduous path. A strength and a warmth that never lets you down.

The perfumes of Tiziana Terenzi: the essence of the moment

The creation of these perfume essences comes from the never-ending quest to depict and capture emotions. These perfumes embody the powerful Faustian desire to try to hold on to a beautiful moment, and the constant exploration of the “self and the non-self”. The perfume uses its full power to evoke the experience of being by the fire – a moment which represents a life lived to the fullest and intense, squeezing the last drop, living in the moment – the sharing of an intimate moment with the rest of the cosmos. 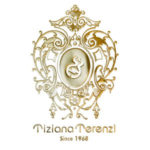